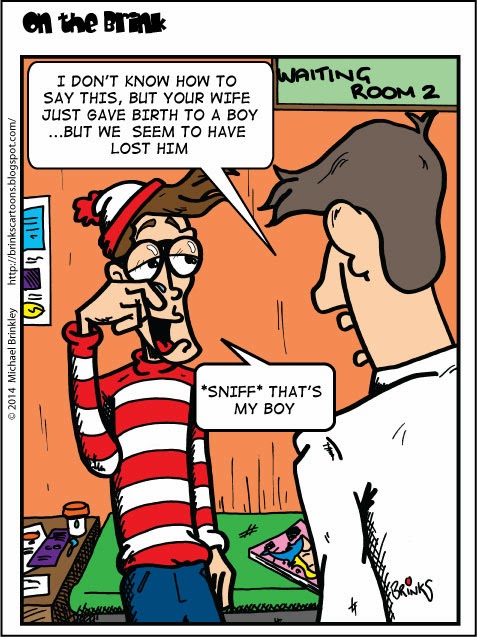 This is an old cartoon, not that old and honestly if I didn’t say anything you probably wouldn’t even notice. But this 100 Days of Drawing Challenge that I’m doing at the moment is fairly life consuming and it’s starting to take it’s toll on my a tad. So I have a cartoon half done, but damn I’m tired so I don’t want to mess it up so I’ll finish it properly on Wednesday and post it next week.
You know what’s weird? This guy here, which I know him as Where’s Wally, which is what his proper name is. But in the US he’s called Where’s Waldo. Why? Is Wally not American enough? Are American’s not familiar with the name Wally? It’s odd, this sometimes happens with movie titles as well, some I can understand but other’s make no sense at all. Thankfully I didn’t need to have his name in this one for it to make sense other wise that would been confusing that’s for sure.
Anyway, until next time, which I hope is later on as you are all keeping up with my 100 Days of Drawing.
Mike